We have the expertise and  specialist Shockwave Therapy technology to solve Erectile Dysfunction, Peyronie’s Disease and Chronic Pelvic Pain Syndrome at The Physiotherapy centre. 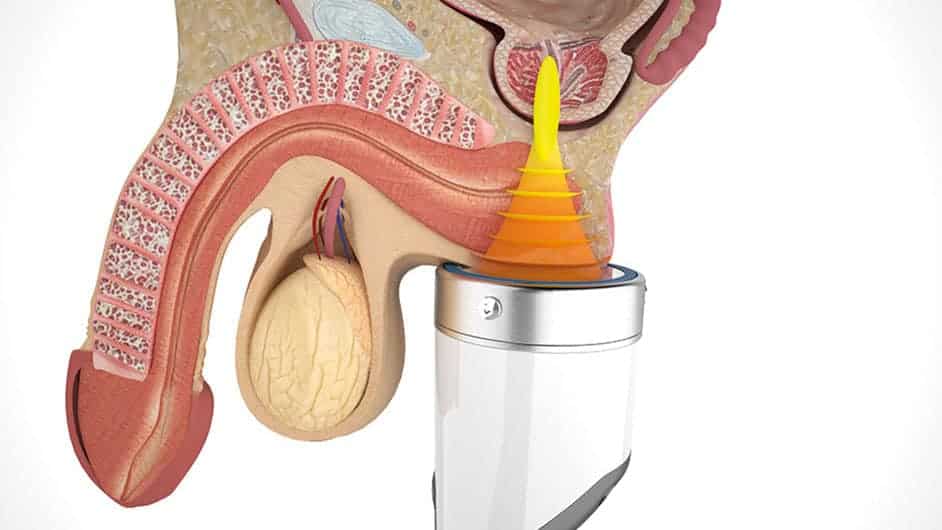 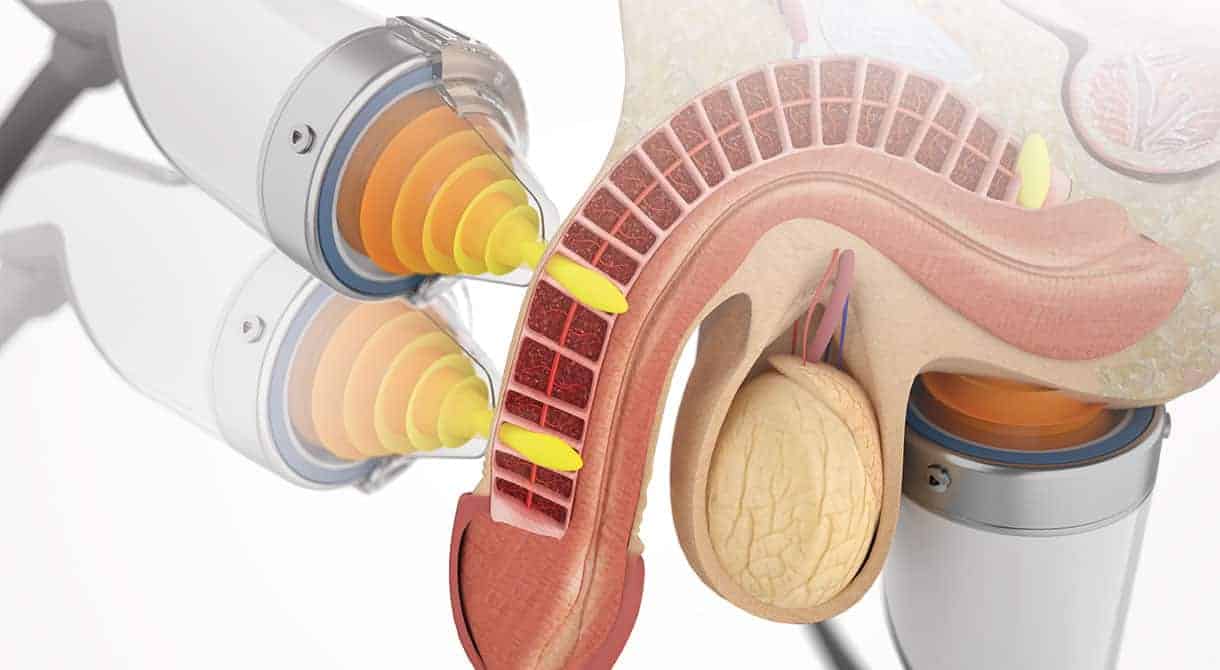 Tailormade Just For You

A study published by Kings College London (2019) estimates around 11.7 million men in the UK have experienced ED and 2.5 million have given up on sex as a result. The same study suggests 50% of men under the age of 50 are estimated to have suffered from erectile
dysfunction.

We have a 70% success rate using focused shockwave therapy for men suffering from vascular ED.  We also have success in men following prostatectomy. All other forms of ED will not benefit from shockwave therapy.

Focused shockwave therapy has the following effect to reverse ED:

Our Specialist Shockwave Therapist and UK Shockwave Educator, Yves De Vos, has extensive experience in treating ED through his relationship and training with Venn Healthcare and Storz Medical. He also works in partnership with 5 other clinicians through Ed Clinics.

Not all shockwave therapy is the same and the shockwave device we use is a Storz Focused Device which is the only form of shockwave that is clinically proven to help with vascular ED. For more information click to watch an incredibly informative video.

Furhter resources for information on ED and Shockwave Therapy:

If you are curious how shockwave therapy can help you then please complete a contact form and Yves will get in touch with you. Please indicate how you would like to be contacted to ensure maximum discretion. 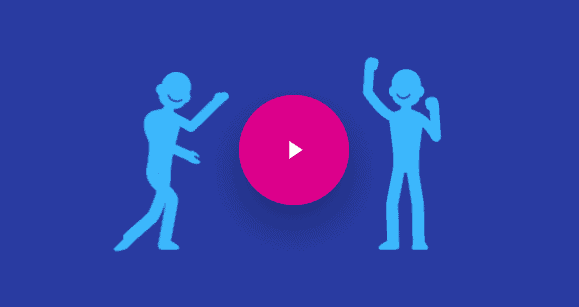 The Shockwave Therapy Podcast is created by James Woledge (owner of The Abbeyfields Clinic and Osteopath with many years experience).  Each week James is joined by fellow health professionals to discuss Shockwave Therapy.

Below are links to the podcast, in Episode 10 James discusses shockwave therapy in the treatment in Erectile Dysfunction.  He is joined by our Lead Practitioner, Yves de Vos and Benoy Mathew. Both of whom are founder members of EDClinics.co.uk which is a collaborative network of clinics specialising in this area.

They are enthusiastic advocates of treating vasculogenic ED with Focused Shockwave. They bring clarity and understanding to an otherwise complex specialist area.

Click on one of the links below to listen to the podcast.

Peyronie’s Disease (PD) is a disorder of the penis caused by plagues (scar tissue) resulting in painful erections and a curvature of the penis.

The exact cause for PD is unknown however studies suggest it may be caused by minor trauma to the penis resulting in bleeding and formation of scar tissue.

Some men have minimal problems in others it can cause painful erections and ED.

Focused Shockwave therapy is not able to break down scar tissue hence may not result in improving the curvature of the penis but can help with pain and erectile dysfunction.

Chronic Pelvic Pain Syndrome (CPPS) is a common genitourinary condition characterised by episodes of pain and discomfort which come and go unpredictably. It can also involve inflammation and difficulties with urinating. It is also sometimes referred to as Prostatitis.

Causes for CPPS can be musculoskeletal in nature such as tension in the pelvic muscles, fibromyalgia, inflammation of the pubic joint (symphysis pubis) or a hernia. The pain associated with this condition can degrade the quality of a man’s personal and work life and leaving him confounded and depressed.

Focused Shockwave Therapy in combination with addressing the cause of the pain through exercises or manual therapy has shown to have excellent results.

our assurance to you

Our Men's Health Specialist has many years experience.

All our practitioners are trained to the latest and highest standards.

We operate in a safe and clean environment.

We will always ensure that your privacy and discretion are of the highest importance to us.

Shock Wave treatment, does it work—YES it did for me.
I first met Yves when I was 73, I had been suffering from Erection Deficiency since late 50ths and early 60’s. I was prescribed the normal drugs by my GP and tried them all finishing up with generic Viagra from various suppliers where the best prices were at the supermarkets.

I noticed as did my wife that some years later the effect of the pills diminished and on occasions failed to even work. I also found the side effects were red face and no real erection after stimulation.

I was still aroused but seemed unable to maintain an erection so intercourse was a no, no.

This annoyed me as being sexually wanting but unable led me to investigate ED and a range of cures or maybe solutions.  I tried a vacuum pump but whilst I could get erect I failed to maintain it.

My investigation on the internet led me to shock wave therapy where the penis is given similar treatment to muscle regeneration by increasing the blood flow and increasing the cavities for new blood flow.

I set about locating some consultancy who could offer such a treatment and came up with several private hospitals but not one responded to my enquiries. Not to be beaten I looked at the offerings on websites where a range of offering were available. I continued my investigations and read up on various abstract of medical bodies who had done studies and whilst non would say it was a total solution the results given did give encouragement.

My search continued on the internet for a consultancy and some pages through the search engine a link appeared to a very local physiotherapy clinic offering ED shock wave treatment. I made contact via the email link and subsequently spoke to the owner, Yves De Vos.

Following some background information I went for 6 sessions and by the 6th there was an improvement in my ability to get hardness. Yves offered me a further set of sessions which was producing some major improvements from the increased blood flow.

As a result of the shock wave therapy my blood flow was now much greater resulting in an even bigger erection that I had any time achieved.

For me Yves has changed my life and that of my wife’s, thank you Yves.

The quickest and simplest way to make your appointment is online.

Leave us a message

We believe in all people achieving their full potential for health and well-being.

Patrick handles all the organising of the practice … well, when Christine isn’t running it.  He has been with the company for eight years now. Prior to that, he spent 20 years as marketing manager at a bakery in Brighton – not putting the holes in the doughnuts!

To his great surprise Patrick graduated from Luton University with a B.A. in Business & Marketing. He also serves as a trustee of a local veterans charity.  In his spare time, Patrick is a keen mountain biker and enjoys watching his daughter playing netball and basketball all round the country … and listening to some great tunes (well he thinks they are).  He believes that challenges make life interesting, but overcoming those challenges makes life meaningful.

As a final word, Patrick is obsessed with ensuring that all our awesome clients receive the highest level of service and care and safest possible environment.